Our southernmost and certified biodynamic "in conversion" vineyard blessed with cooling Southern Ocean influences, a northerly aspect, plenty of sunshine and free-draining, ironstone gravel loam soil. The vineyard is located in the headwater of the Chapman Brook, near Witchcliffe in the south of the Margaret River region. The vines grow on a north facing slope in ironstone gravel over a strong clay base which provides good drainage and a basis for healthy and strong growth. Hazel’s vineyard forms the backbone of our portfolio with planting of Chardonnay, Cabernet Sauvignon, Zinfandel, Merlot, Grenache, Petit Verdot and Mataro. McHenry Hohnen’s winemaking facility is located at Hazel’s Vineyard. 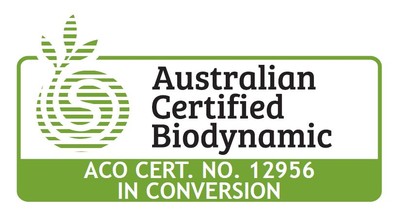 Located in the south of the Margaret River wine region, Calgardup Brook Vineyard sits just inland from the pristine coastline. The dry-grown vines grow in ancient sandy, schisty soils. Planted in 1998, the vineyard is within the Karridale sub-region of the Margaret River wine region. The western end of the vineyard comprises of sandy loam on a clay base with the eastern end of the site shifting to sandy clay loam soils. The vines run east west on a slightly sloping northern aspect. The vineyard is moderated by cooling sea breezes. These have a significant influence on the vineyards of the Leeuwin Naturaliste Ridge which connects Cape Naturaliste in the north of the region with Cape Leeuwin in the south.

Located on the bend of the Margaret River, Burnside Vineyard is within a few kilometres of the great Indian Ocean. Planted in 1981, it is one of the older vineyards in the region. The vines grow in unique micaceous black soils. The rows are on a steep northerly aspect running in a north-west to south-east orientation. The vine roots reach deep into the rich gravel loam ensuring the vines do not require irrigation. The rich solid soil structure has been aided by many years of biodynamic farming practices including heavy composting and controlled grazing. McHenry Hohnen’s Cellar Door is located at the Burnside Vineyard.